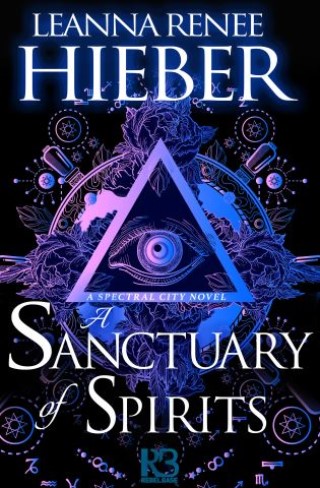 A Sanctuary of Spirits

In Victorian-era New York, the police and the paranormal world intersect in this “otherworldly mystery [with] gorgeous writing and slow burn of a romance” (NPR).

New York City, 1899. The NYPD’s Ghost Precinct, an all-female team of psychics and spiritualists led by gifted young medium Eve Whitby, is unconventional to say the least. And now they’re stepping even further outside the bounds of normal police work—into an otherworldly realm known as the Ghost Sanctuary. It’s a place where the dead can provide answers. But will Eve and her colleagues pay a price for venturing beyond the land of the living?

Investigating a mortician’s sudden disappearance, Eve encounters a charismatic magician and mesmerist whose abilities are unlike any she’s seen before. Is he connected to the mysterious deaths around the city—or a link to the Ghost Sanctuary? Torn between the bonds of her team and her growing relationship with the dashing Detective Horowitz, Eve must discern truth from illusion and friend from foe before another soul vanishes into the ether.

“Will have readers chomping at the bit for more.” —Suspense Magazine on Eterna and Omega