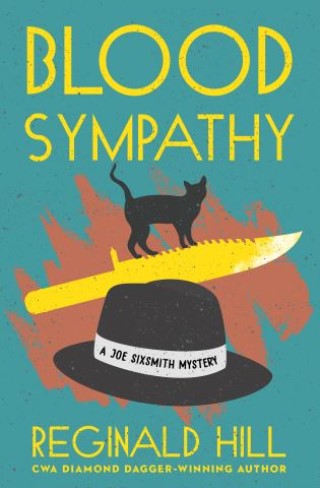 The first in the series starring a PI who’s “as sweet a hero as you’re likely to find in a rough multiracial neighborhood on the outskirts of London” (The New York Times Book Review).

Joe Sixsmith has lost his job as a lathe operator—and is in the process of losing his hair, too—but that doesn’t mean he’s going to sink into a midlife crisis. Instead he decides to start a new career as a private investigator, with his grumpy, pork rind–eating cat, Whitey, at his side.

To his surprise, there’s no shortage of work, and before he knows it he’s dealing with murder, drugs, and thugs—not to mention the meddlesome matchmaking attempts of his aunt Mirabelle.

“Its no wonder Hill has been dubbed one of today’s best British mystery writers. His knowledge of police procedure, his razor-edged wit, his right-on-target descriptions of life’s little ironies, and his fine characterizations make every one of his books a unique and outstanding read. . . . Although most detectives might rely on guns, tenacity, and toughness, Joe’s qualifications for the job are a kind heart, compassion, and plain good luck. Oddly enough, that’s exactly what he needs to solve the case. A wacky, witty story that’s warm, charming, and highly entertaining.” —Booklist