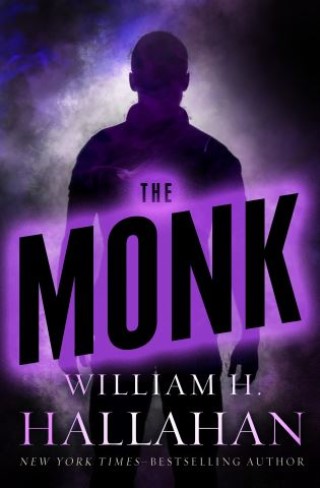 The bestselling author of The Search for Joseph Tully “will keep you up all night” with this paranormal thriller of heaven and hell, sinners and saviors (The New York Times).

In a masterful blending of myth and reality, the eternal conflict between good and evil comes to life in this modern-day love story. It ostensibly begins twenty-five years ago with the birth of Brendan Davitt in County Clare, Ireland, to American parents. Brendan’s arrival is accompanied by strange portents: the scream of the shrike, the banshee’s wail, the sighting of an evanescent priest called the Magus and his white bull mastiff.

But in fact, the novel begins eons ago, when the angel Lucifer challenges God’s authority and falls from heaven. In retaliation, Lucifer corrupts Eve and so brings death to men. God is angry, and this is his judgment: The angel Timothy, only a temporary traitor in the heavenly war, will be punished by having to wander the earth in the guise of a priest. He must look for a human with a purple aura, a sign of saint-like benevolence, who will forgive Timothy for his part in the heavenly rebellion. If the priest is forgiven, Lucifer—now called Satan—and his friends will be destroyed.

William H. Hallahan:
William H. Hallahan (1925–2019) was an Edgar Award–winning American author whose works spanned genres but who was best known for his bestselling mystery and occult novels. His first novel, The Dead of Winter, was nominated for the Edgar Award for Best First Mystery Novel, and his suspense novel, Catch Me: Kill Me, won the Edgar Award for Best Mystery Novel. Hallahan’s occult novel, The Search for Joseph Tully, was a New York Times bestseller and hailed as one of the best books of its genre. For the book opening, mock gravestones that read “Here Lies Joseph Tully” were lined up and down Park Avenue in New York. His other works of fiction include The Ross Forgery, Keeper of the Children, The Trade, The Monk, Foxcatcher, and Tripletrap. His works were translated into many languages and released throughout the world.

Hallahan was born in the shadow of Ebbets Field, Brooklyn; spent three years in the Navy; graduated with honors and a master’s degree from Temple University; and worked variously as a college English professor, a copywriter, and an ad agency proprietor in his own agency, Hallahan Incorporated.