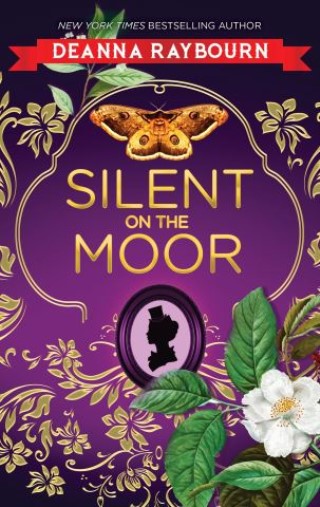 Silent on the Moor

Despite his admonitions to stay away, Lady Julia arrives in Yorkshire to find Brisbane as remote and maddeningly attractive as ever. Cloistered together, they share the moldering house with the proud but impoverished remnants of an ancient family—the sort that keeps their bloodline pure and their secrets close. Lady Allenby and her daughters, dependent upon Brisbane and devastated by their fall in society, seem adrift on the moor winds, powerless to change their fortunes. But poison does not discriminate between classes….

A mystery unfolds from the rotten heart of Grimsgrave, one Lady Julia may have to solve alone, as Brisbane appears inextricably tangled in its heinous twists and turns. But blood will out, and before spring touches the craggy northern landscape, Lady Julia will have uncovered a Gypsy witch, a dark rider and a long-buried legacy of malevolence and evil.

Deanna Raybourn: New York Times bestselling author Deanna Raybourn graduated from the University of Texas at San Antonio with a double major in English and history and an emphasis on Shakespearean studies. She taught high school English for three years in San Antonio before leaving education to pursue a career as a novelist. Deanna makes her home in Virginia, where she lives with her husband and daughter and is hard at work on her next novel.