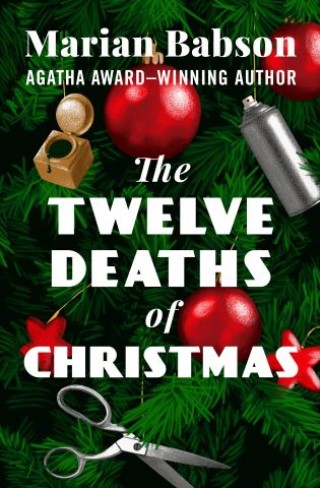 The Twelve Deaths of Christmas

“A top-notch thriller . . . The identities of the murderer and the twelfth victim come as a stunner” (Publishers Weekly).

At Maude Daneson’s rooming house, the holiday season has everyone bustling about in anticipation, and Maude herself is planning a glorious Christmas dinner.

But neither the landlady nor her lodgers realize that a killer walks among them. The police have so far been unable to track the culprit—and when murder strikes close to home, it threatens to chill the festive mood.

Marian Babson:
Marian Babson, born Ruth Stenstreem, is an American mystery writer. Her first published work was Cover-Up Story (1971), and she has written over forty-five mysteries. Babson served as secretary of the Crime Writers’ Association and was awarded the CWA Dagger in the Library in 1996.